Ravenna is a very important destination for school trips! 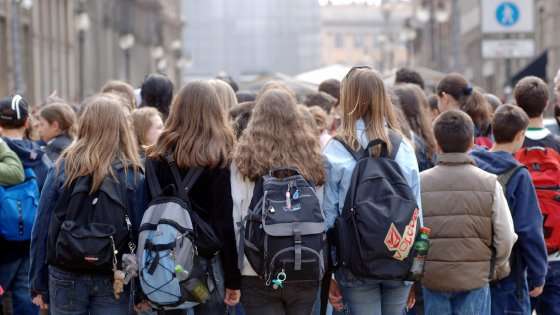 Ravenna is the capital town of mosaic, roman, goth, bizantine but also medieval, venetian and contemporary town. Eight monuments in Ravenna has been enlisted in the UNESCO Heritage List. Mosaics art has been represented in Ravenna in its wider expression: here Christian iconology was born, that is a mix of symbolism, ralism, roman and byzantine influence.

The person who visits the monuments in Ravenna falls in love, today as in the past, as for Boccaccio, who set here one of its best short stories, for Dante Alighieri, who chose it to live in exile while writing its Divine Comedy and where he is buried, for Gustav Klimt who drew inspiration for his works, for Hermann Hesse who visited it and dedicated some lines to Ravenna, for Oscar Wilde, who wrote a poem with the title Ravenna.

Ravenna has very old origin and it was ruled by different dominations over the centuries: from Etruscans and Romans until Bizantines. During 2nd cent. AD it has been a roman colony and in 402 AD it was chosen as capital town of the Western Roman Empire, then it became an intersection between Roman and Bizantine culture. With the fall of the Roman Empire, Ravenna became the capital town of Odoacre’s and later of Theoderic’s reigns, gaining the role of Bizantine force in Italy (553-751).

Thanks to its unique in the world mosaics, Ravenna is a sort of picture book who tells the glory of the Emperors and the spirituality of Gospel.

ARTISTIC AREA
Discover itineraies about late antiquity art, Byzantine art, about art in Dark Ages, about art in Ravenna and mosaics art.  Architecture of Basilicas in Ravenna, mosaics and other ornamental elements are important to an in-depth knowledge of Christian symbolism.  You will discover worldwide influence of mosaics in art as in Gustav Klimt’s.

RELIGIOUS AREA
5 stages itineray: Archiepiscopal Museum with St. Andrew’s Chapel to understand who Jesus was, Neonian Baptistery to celebrate faith in Baptism, Basilica of St. Vitale to announce faith in the Eucharist, Mausoleum of Galla Placidia to proclaim faith in Heaven and Basilica of St. Apollinare Nuovo for Communion with the Saints and the Church.

LITERARY AREA
A study of mosaics going through monuments in Ravenna with important authors in literature, like Dante Alighieri who was inspired by precious mosaics for his Divine Comedy. We suggest you, in this case, to include visits to Dante’s Tomb and to the Church of St. Francesco.

Visit all the monuments 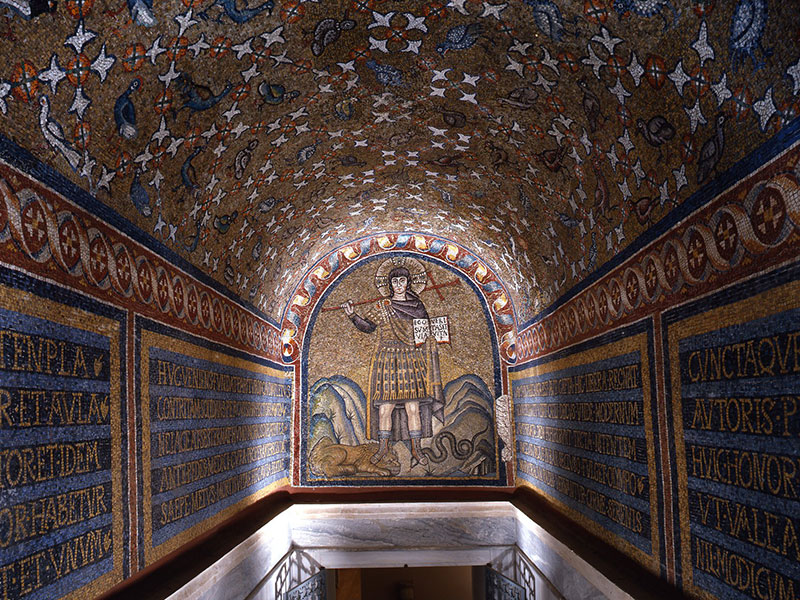 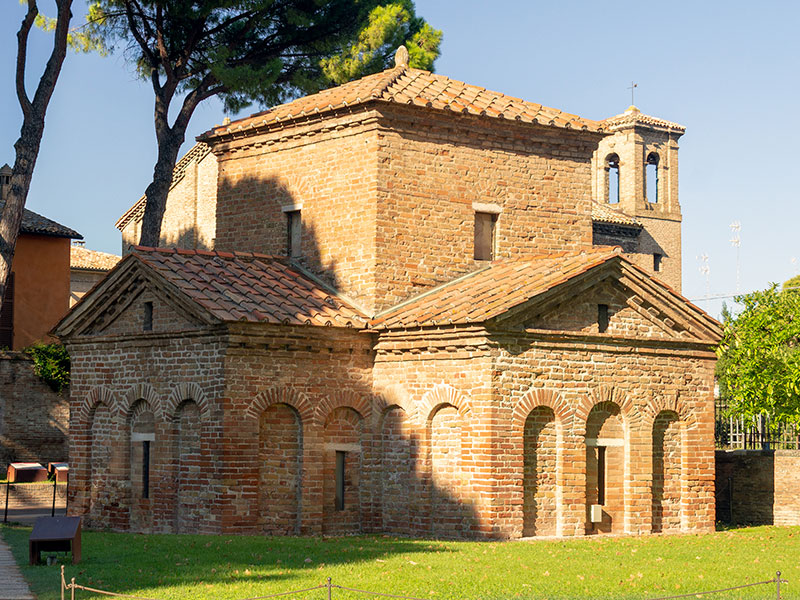 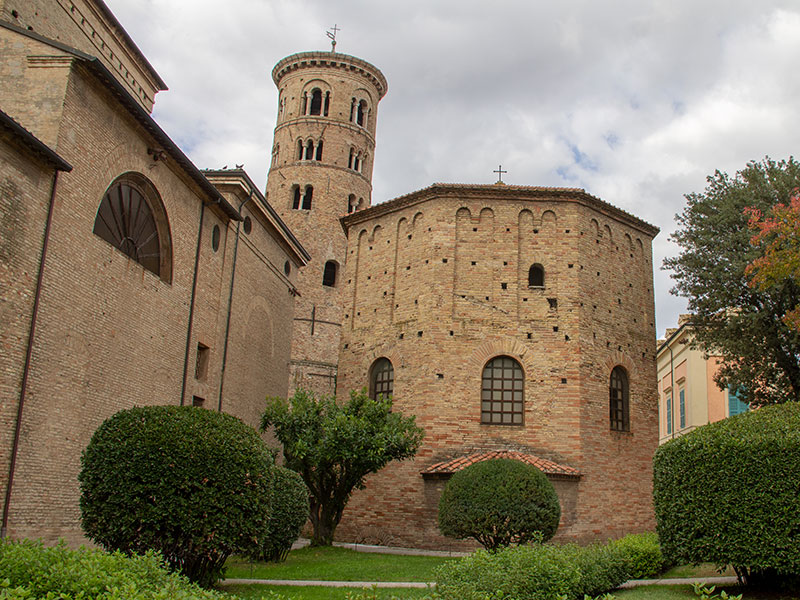 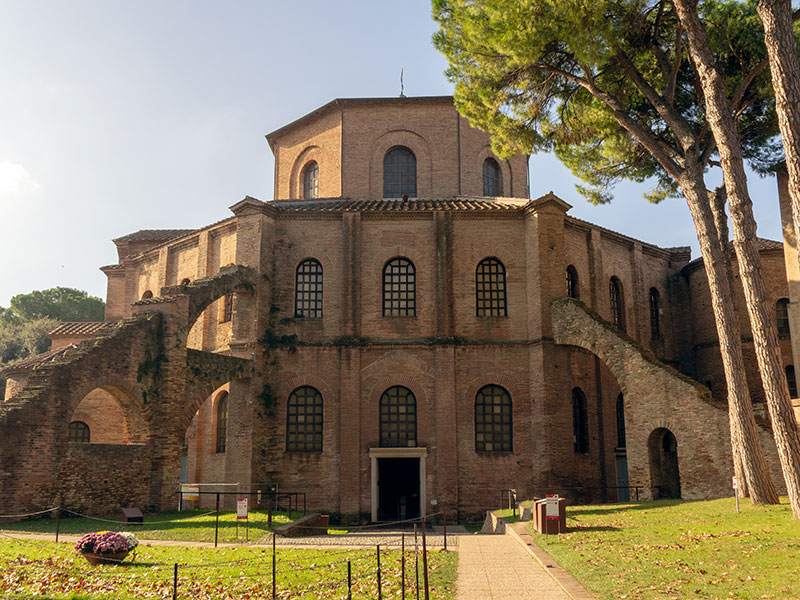 By ordinance of the Ministerial Decree of November 3rd, 2020 from NOVEMBER 5th all the Diocesan Monuments (Basilica St. Vitale, Mausoleum of Galla Placidia, Basilica St. Apollinare Nuovo, Neonian Baptistery, Archiepiscopal Museum-St. Andrew’s Chapel) will be CLOSED TO THE PUBLIC until further notice.

Our online SHOP is always open!